I Nearly Lost Him

My apologies. Yes, I have been missing in action for some time - coping as best I can with my husband's health, COVID-19 and all its ramifications, and my own physical and mental health. Unfortunately I have been away socializing with the Black Dog in the Wild Blue Yonder.  To tell the absolute truth, I haven't felt like writing since my dear mother passed away.

Today I would like to tell you a story – a true story and hope it will serve as a warning to us all. About two or maybe three years ago (it is hard to keep track of time with all the disruptions that all of us have had to our lives lately), my dear husband began to feel unwell every time he ate something. He would feel nauseous, and his heart would pound like a racehorse trying to win the Melbourne Cup. We sought medical advice on several occasions but each time his symptoms were written off to an extension of his heart issues. 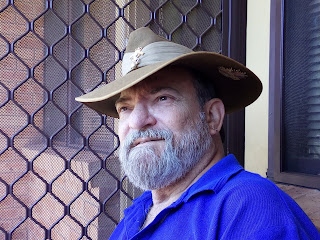 Late last year my poor HoneyBun blacked out causing a very nasty fall which resulted in five broken ribs in his back (two of which were broken in more then one place), a bruised kidney of which he only has one, six weeks of supposed healing, then finally major surgery to plate and pin his ribs back in place, which had been snapped off at the spine. Since then, he has had COVID (picked up while in hospital) and has been feeling generally unwell and fatigued. So, when his sick feeling continued the lines became blurred and we both thought that his body had had enough and required rest and lots of TLC.
He didn’t improve but became worse preferring not to go out anywhere for very long. As Leon has always been a bit of a recluse, I wasn't too concerned except for the fact that I was becoming very depressed. Unbeknown to us, all this time his gall bladder was becoming increasingly inflamed. After breakfasting this Sunday past (3.4.22) poor Leon complained of intense pain which got worse by the minute. He turned quite grey, began sweating and began to vomit. Before I could get to the phone to dial emergency, he had pressed his Vital Call button – he was that scared. We thought it was a heart attack due to the intensity and location of the pain, so did the ambulance officers. Leon was transported to emergency at Nepean hospital where various tests were conducted to no avail – he hadn’t had a heart attack, thank God.

Leon’s pain continued and he was put on morphine and sent to the short stay ward. When I saw him on Monday the pain management specialist said that he would be discharged and need to manage his pain at home, but to come back if he didn’t feel any better. I expressed my dissatisfaction with this decision and said that I felt that something was terribly wrong. Another doctor examined Leon and decided that more blood tests should be conducted as well as an ultrasound, as the CT scan had come up clear. It turned out that Leon’s gall bladder was seriously inflamed and completely blocked. Okay I thought, they would do surgery today or tomorrow, probably tomorrow as they were waiting for blood thinners to clear out of his system. Then I received a phone call from the surgeon this afternoon (after hours of panic and worry as I had been told that something was really wrong, and the doctor would get back to me), to tell me that Leon’s gall bladder had become necrotic, and surgery had become urgent. Weighing up all risks it was best to proceed immediately. Key-hole surgery was now off the table – it would be open surgery.
I spoke to my sweetheart while he was in theatre before he went to sleep. He was scared and so was I. We exchanged ‘I love yous'. The next three hours passed slowly for me. I felt sick with worry and couldn’t get out of my chair to do anything. I knew I should keep busy to help with my anxiety, but no, I couldn’t even read my book. Very out of character for me.
Eventually the surgeon rang (such a lovely man) and told me that Leon’s gall bladder had died and was gangrene. If they hadn’t operated when they did, my HoneyBun would have been at risk of dying as the gall bladder wasn’t far off rupturing. I don’t yet have the full story, but the gall bladder has been removed as well as part of something else and a stent put in (don’t understand that bit). He has now been transferred from recovery to a ward. His blood pressure continues to be low, but he is receiving electrolytes as well as antibiotics and pain relief via infusion. All things considered, he is doing well and is now in caring and competent hands.
Now for the warning: never ignore anything to do with your health, even if you think it is insignificant or perhaps normal in the circumstances. And never, ever, ever take no for an answer when you feel within yourself that something serious could be happening. Often, we know our own bodies better than anyone else, apart from God that is, and that includes the professionals. I completely respect everyone in the medical profession, paramedics, nurses, doctors, and specialists. I am eternally grateful for the selfless and challenging work that they do. However, the system is broken. Due to the bureaucrats and vast media attention everyone is so worried and preoccupied with the slightest sniffle in case it should be COVID, that patients with other serious problems are at risk of being overlooked.
I know there are people in the world with far more serious problems, but if each one of us looks out for those we love and others around us with sincere compassion, this world would be a much safer place. With hope, love, and trust in our hearts we can overcome anything. I am grateful for my caring and loving husband, all of my beautiful family and wonderful friends. Let's all hold on to what matters the most - each other. May God bless you all.

'And we know that God causes all things to work together for good to those who love God, to those who are called according to His purpose.'  ~ Romans 8:28 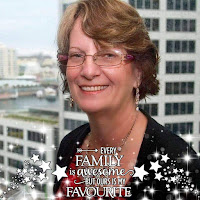 Josephine-Anne Griffiths has always had a passion for the written word, both reading and writing it. She is a professional proofreader, who enjoys making the writing of others shine. Josephine is currently rewriting a fictional memoir ‘Charlie Dreams’. Josephine has also tried her hand at short story writing and poetry, with a poem published in Glimpses of Light Anthology. She also writes inspirational, narrative non-fiction with a fierce passion. Josephine-Anne, fondly known as Jo’Anne to family and dear friends, is happily married to Leon. They live at the base of Sydney’s beautiful Blue Mountains. Between them, they have six wonderful children, eight gorgeous grandchildren, and a sooky ‘jug’ dog called Toby. You will find Josephine either lost within a book, behind her keyboard, or in her garden daydreaming.

I Nearly Lost Him

Dear friends,  My apologies. Yes, I have been missing in action for some time - coping as best I can with my husband's health, COVID-19 ... 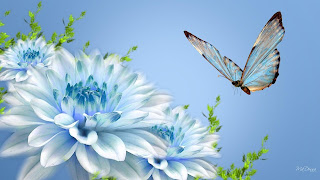